Yesterday we spent the day at Disney California Adventure Park to bring in Abigail’s 3rd Birthday (which is actually today! =) ) .  It was just the 3 the of us because big brother said he’s “too old for Disney now” *GASP* – can you believe that? Plus it was a school day too.

We chose Disney California Adventure Park because they had a whole attraction dedicated to just Ariel the Little Mermaid, how cool is that? And yes, naturally I had to make her a mermaid inspired dress for our outing. Both these fabrics are from Michael Miller Fabrics, how cool is that Mermaid Scale Print? 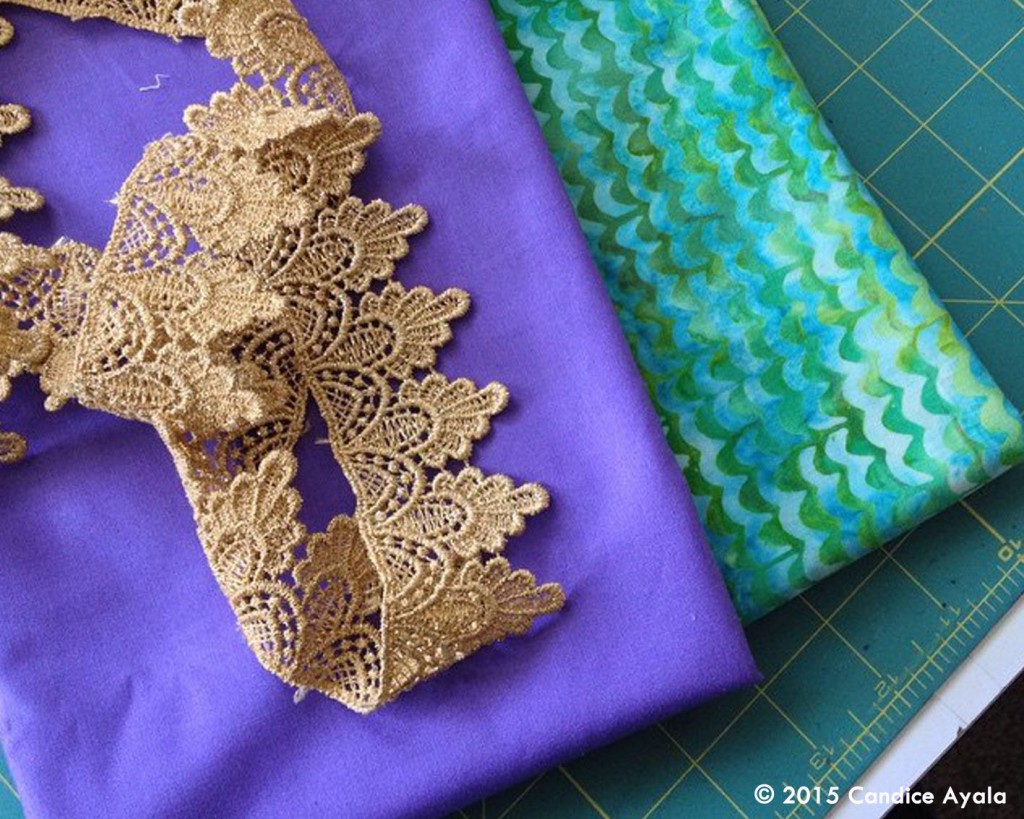 I wanted to give the dress a more princessy look, so I added a tulle skirt at the bottom and used the lace to make her a crown. I used the same measurements that I had drafted for her sweetheart dress a few blogs ago. (You can find it HERE) 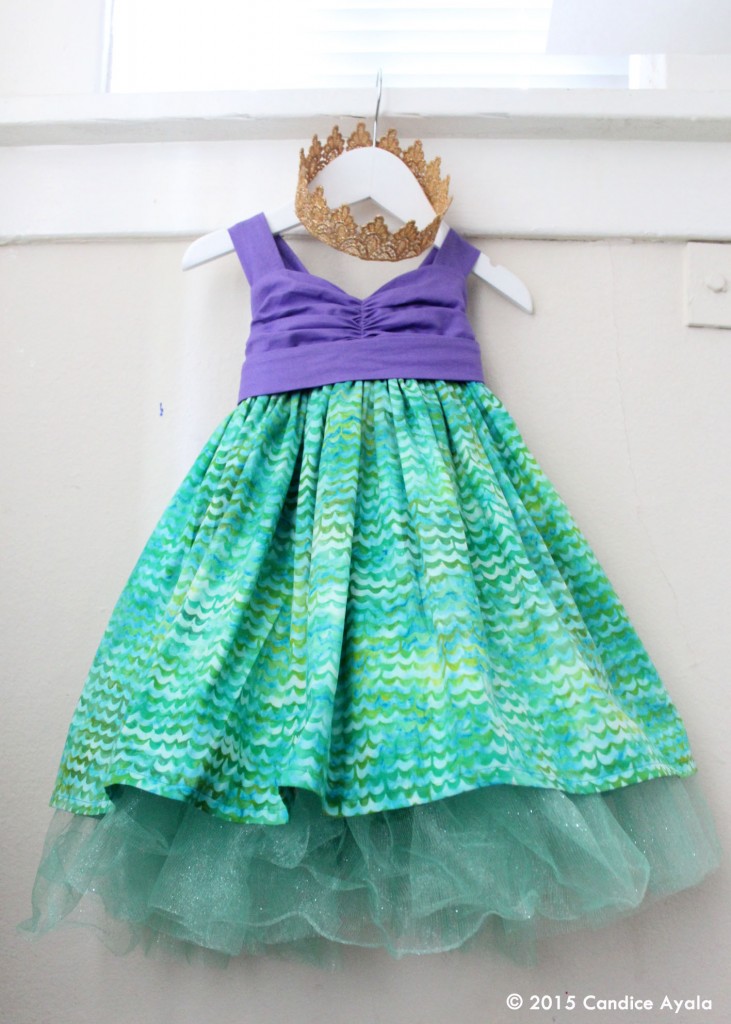 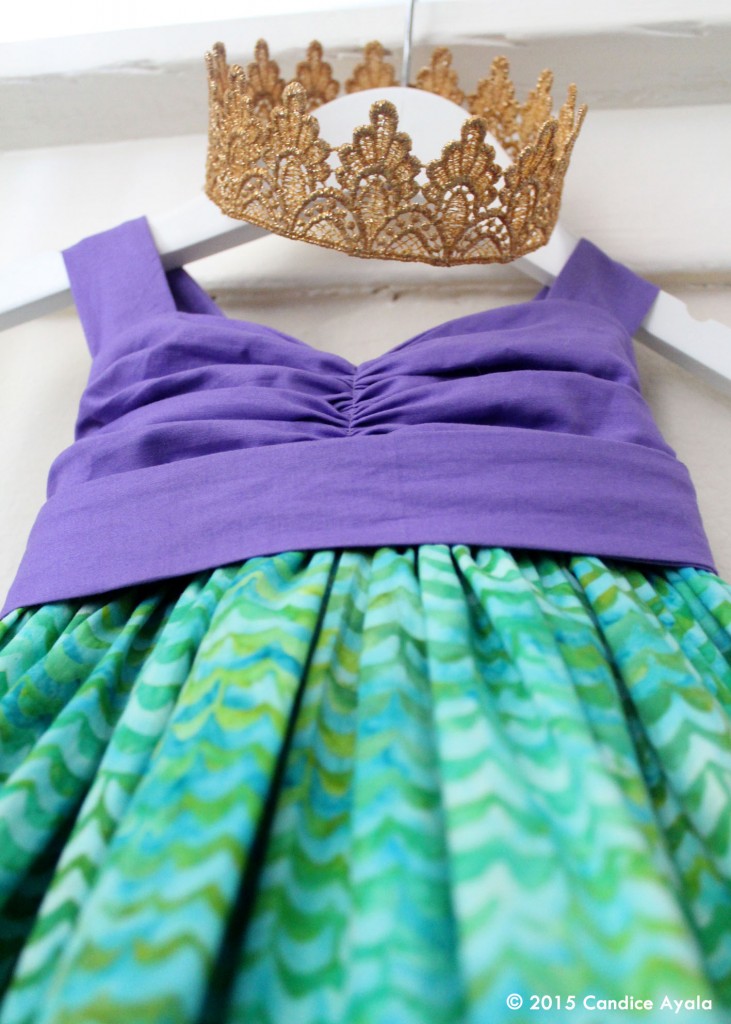 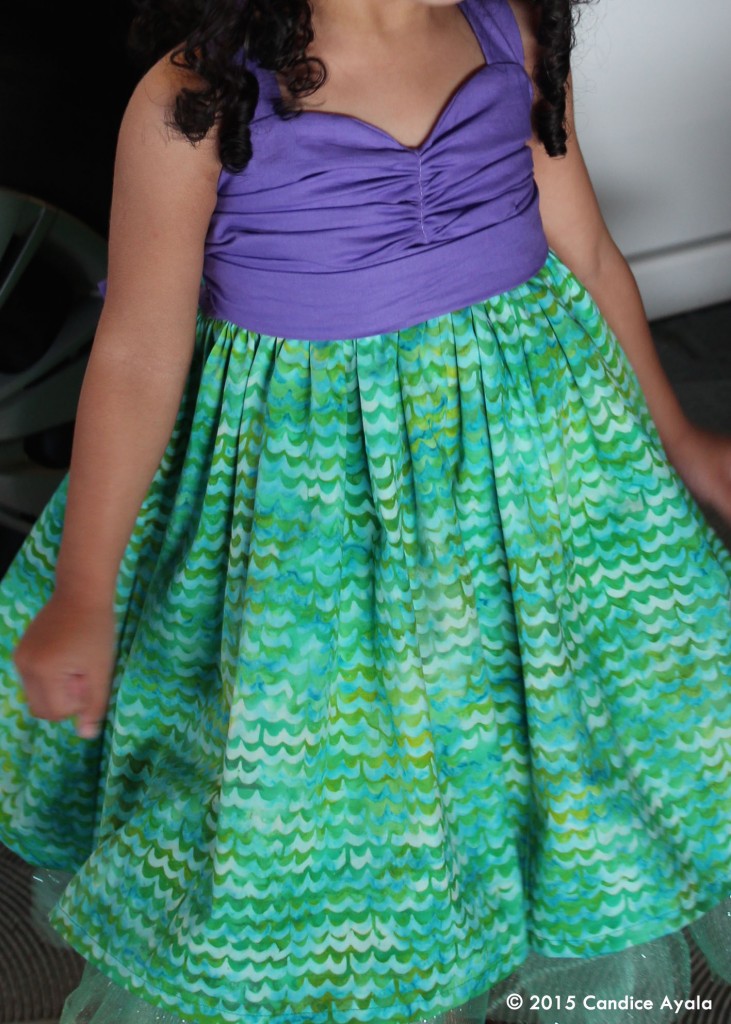 She was so excited to be at Disney. 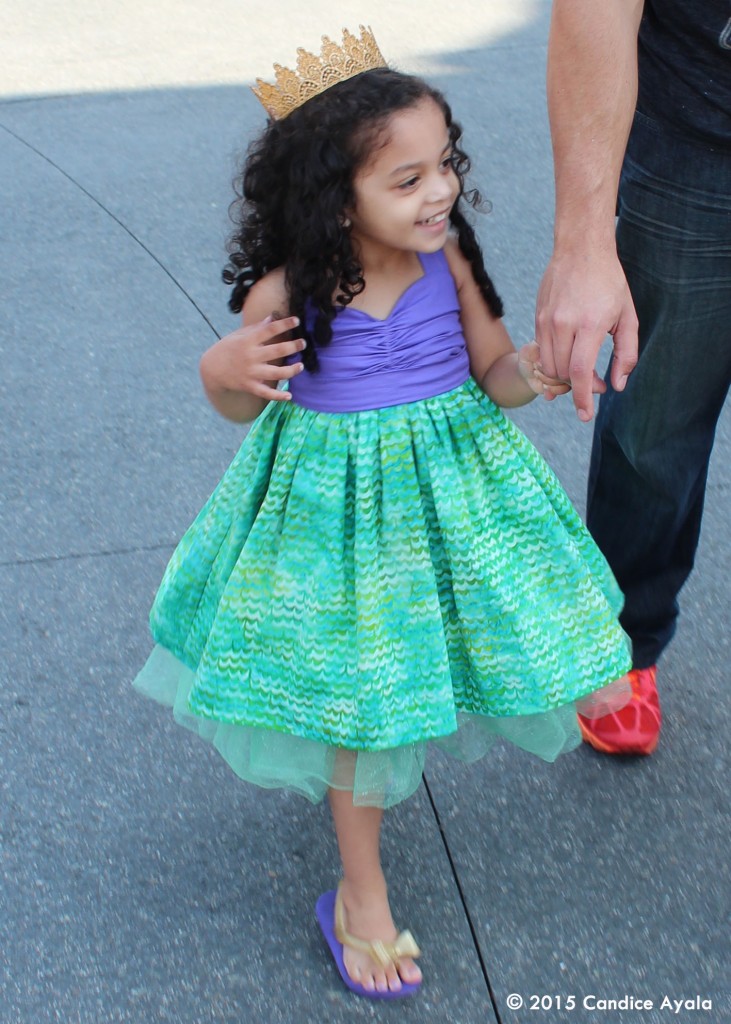 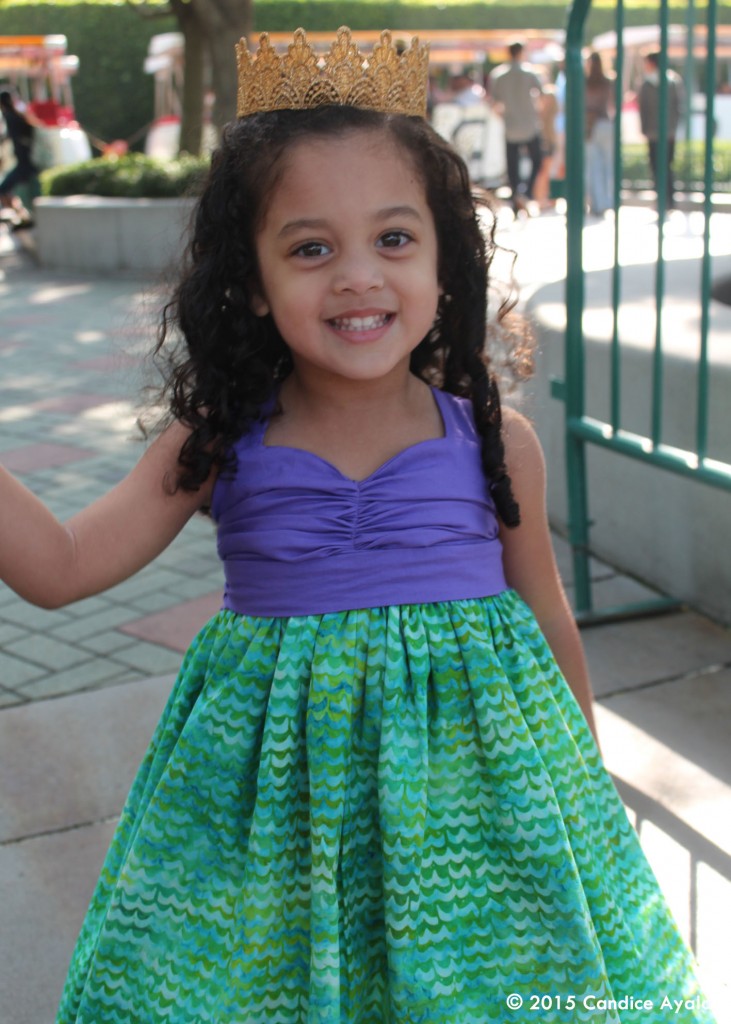 First order of business, was deciding where to go first! lol 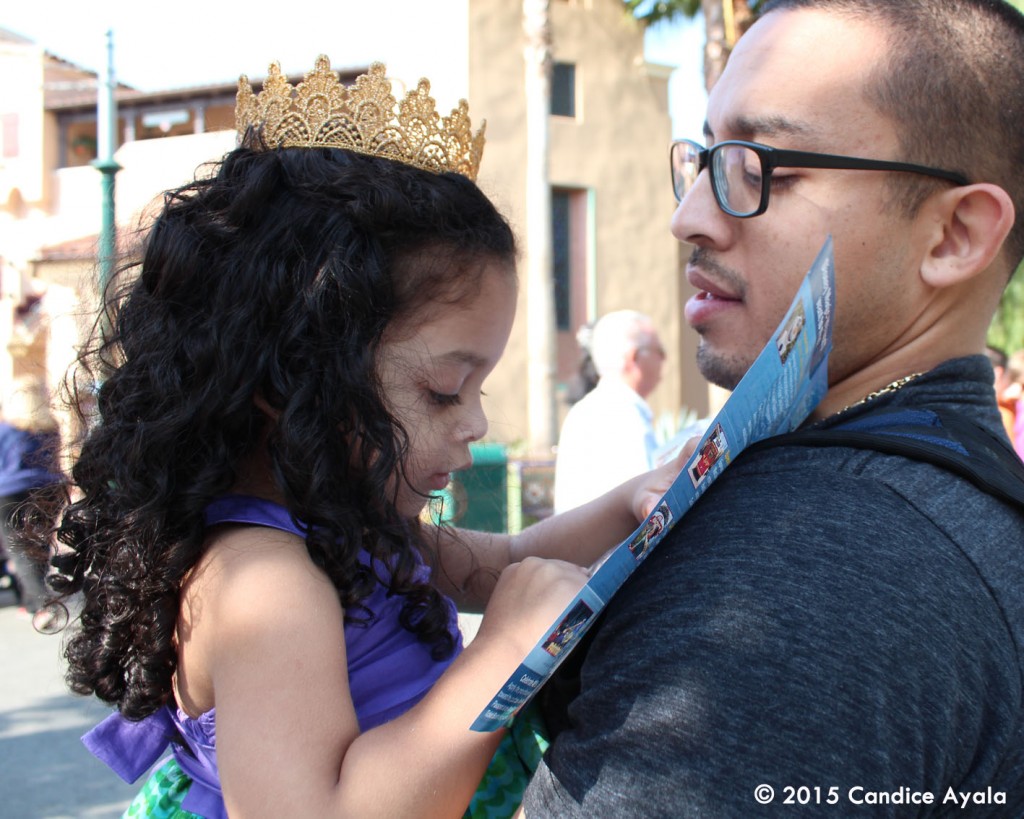 Her face when she saw The Little Mermaid Attraction Ride. 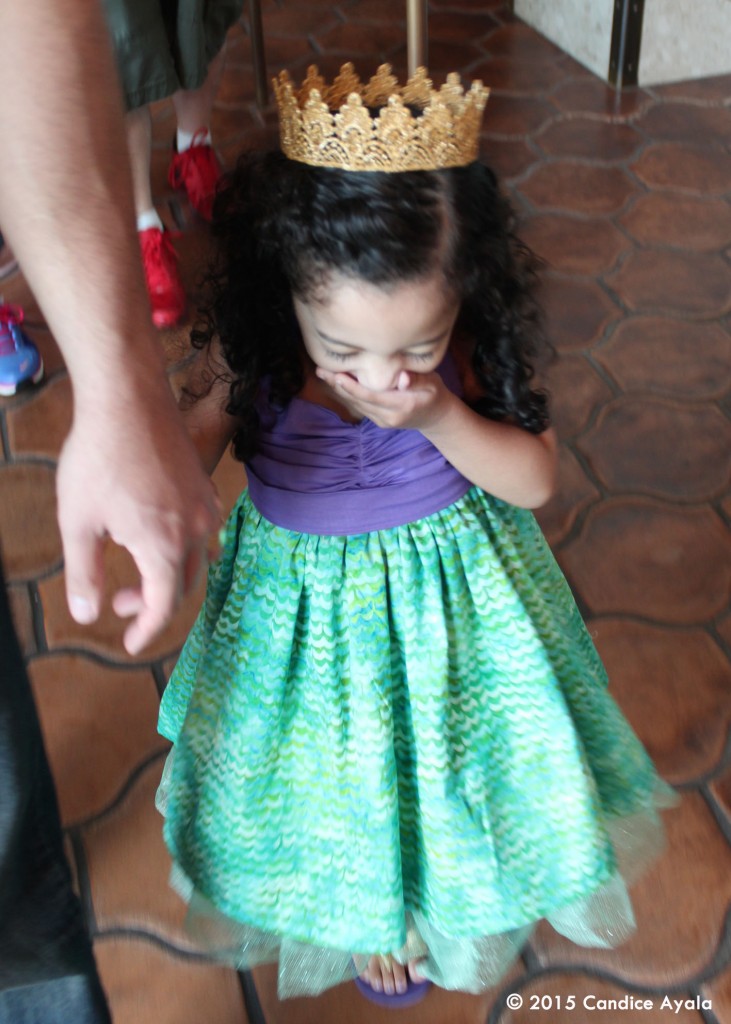 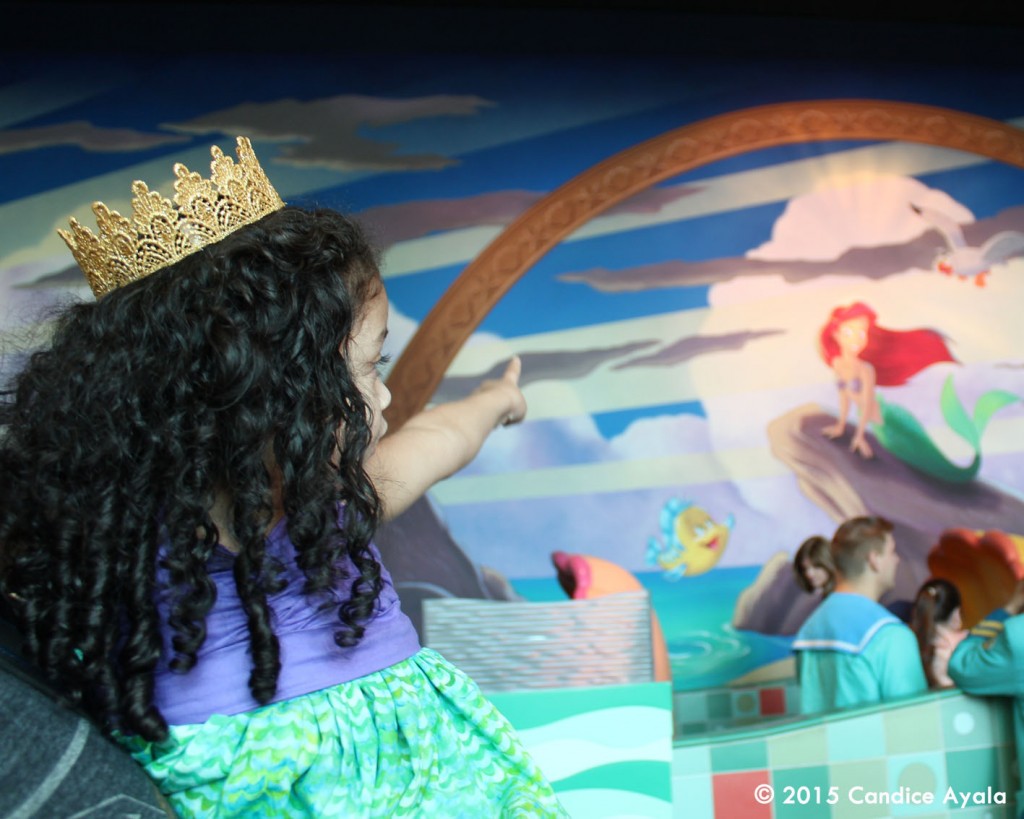 She loved this ride so much we rode it about SIX times! The animatronics were amazing! 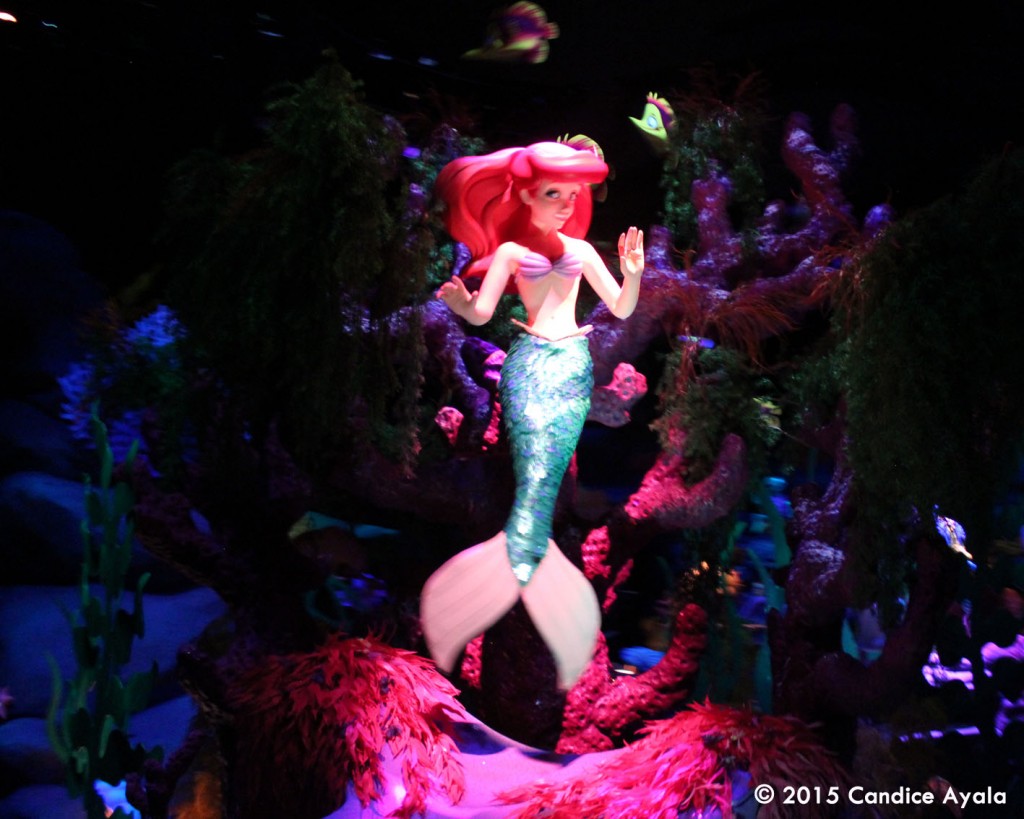 Then we were off to King Tritons Carousel. 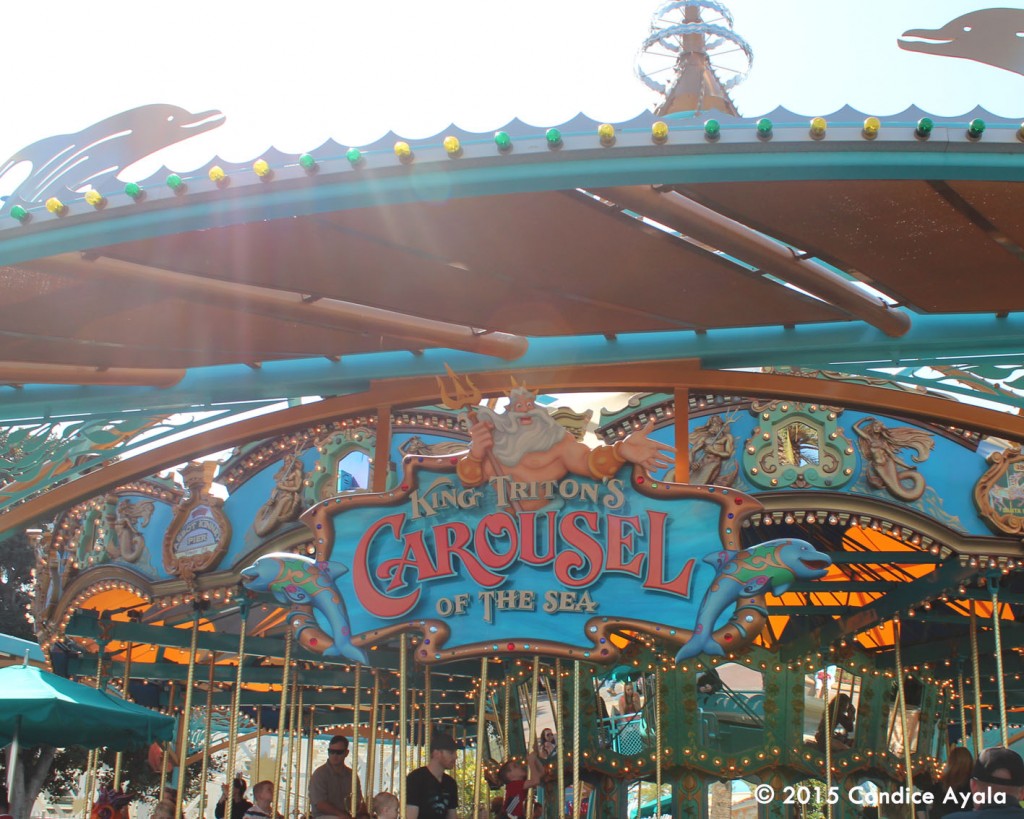 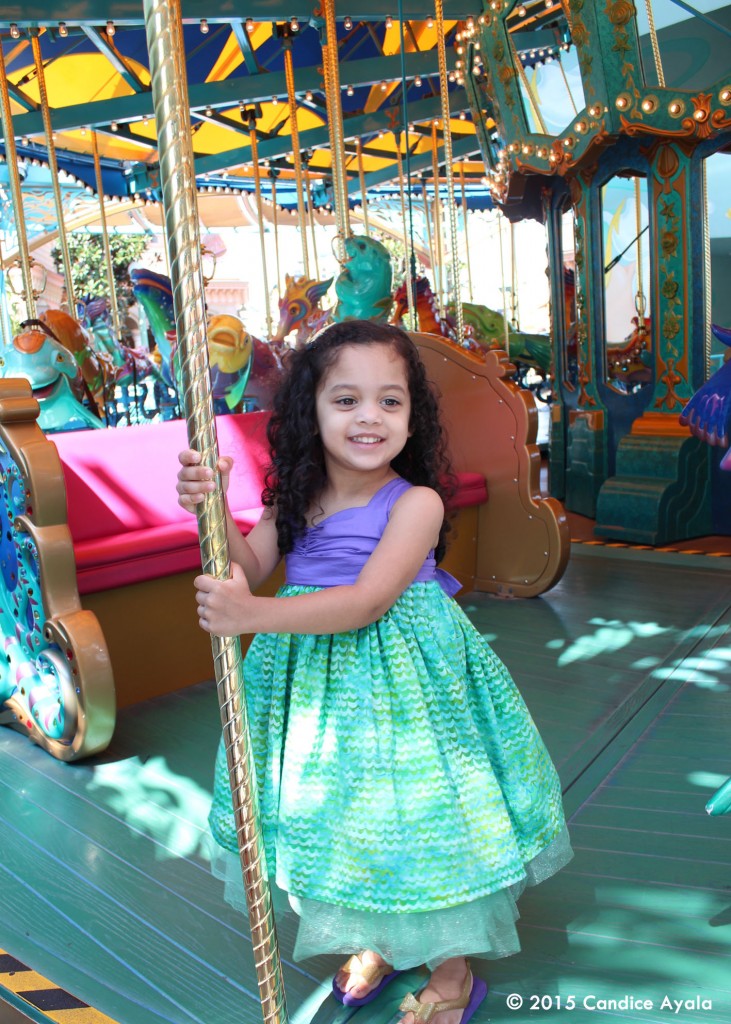 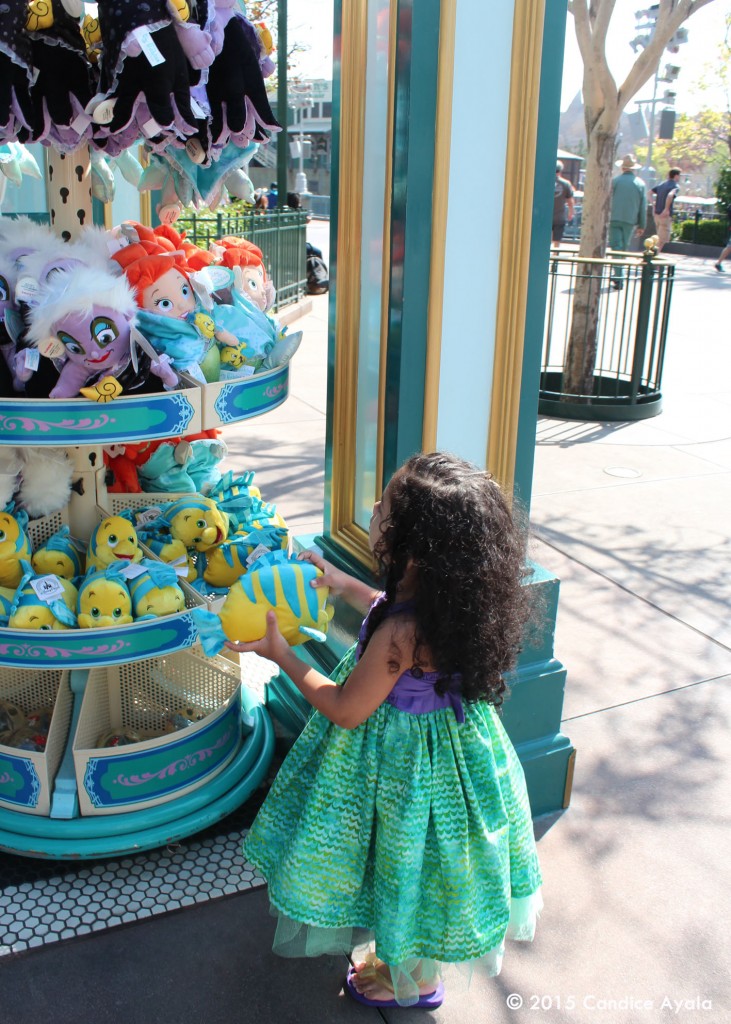 After a few hours we changed into some more comfortable clothes so she could run around and have some fun. Like running through the water spouts at the “Bug’s Life” attraction. lol 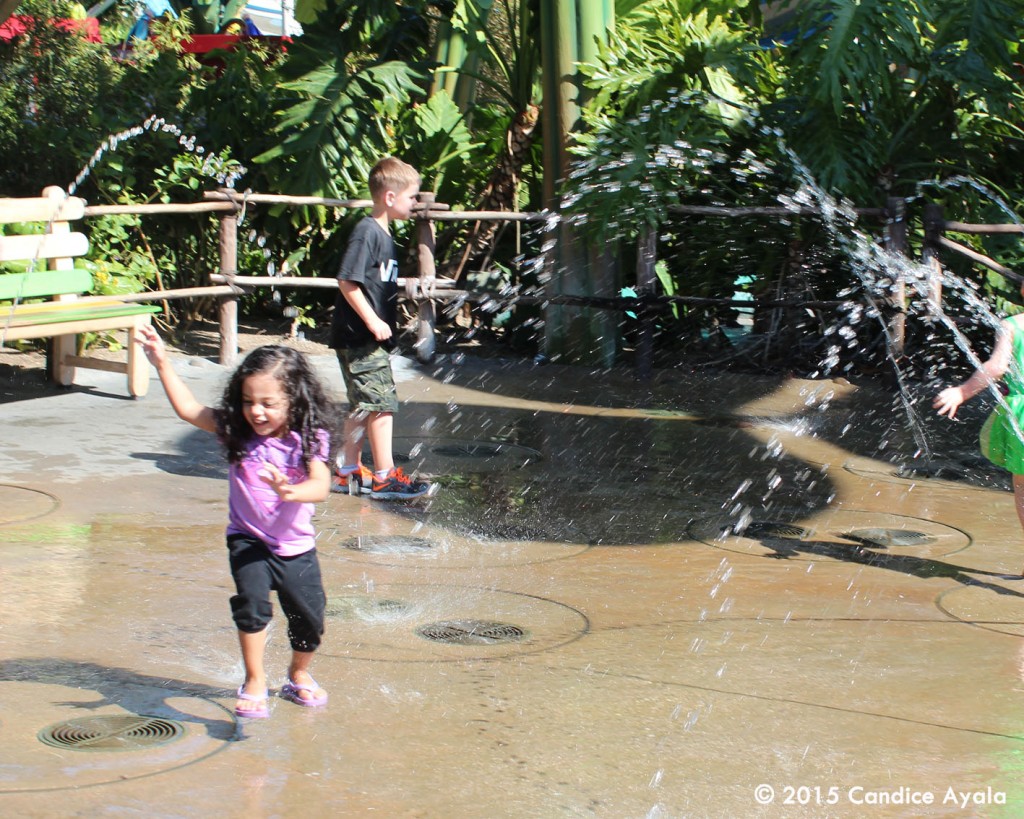 Then a small break to refuel with some gourmet ice-cream! This was the best ice-cream I’ve ever tasted, hands down! 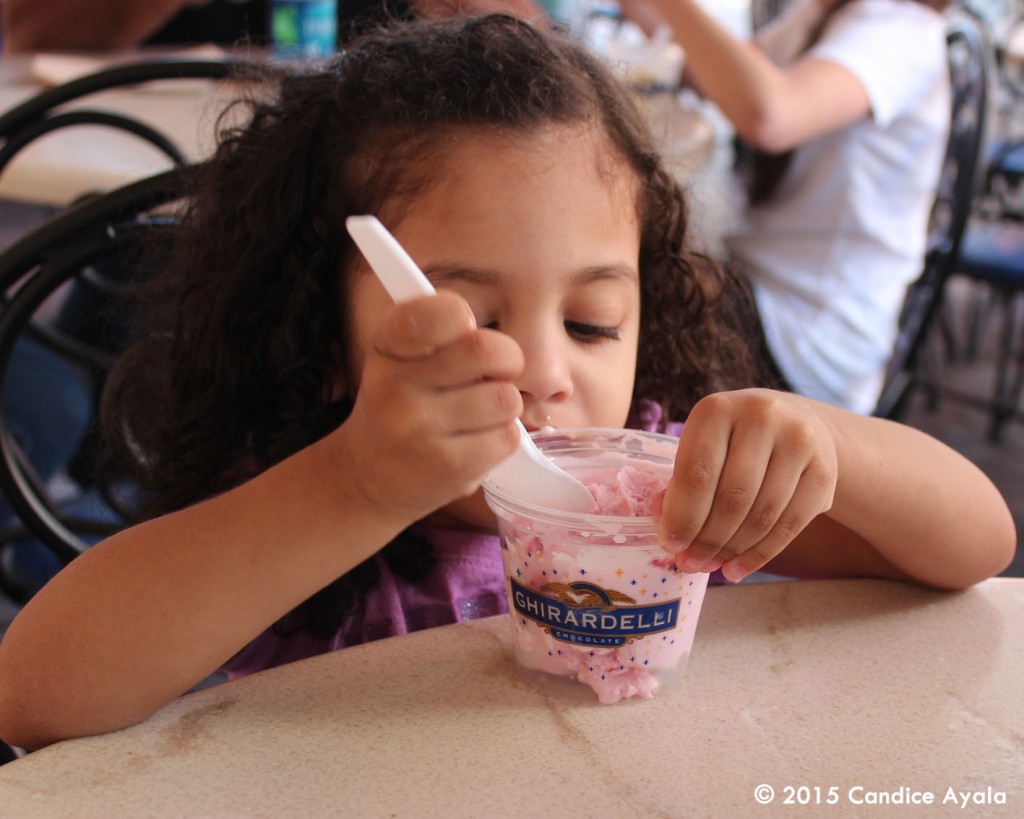 Then off we went to Arendelle for some Frozen fun! 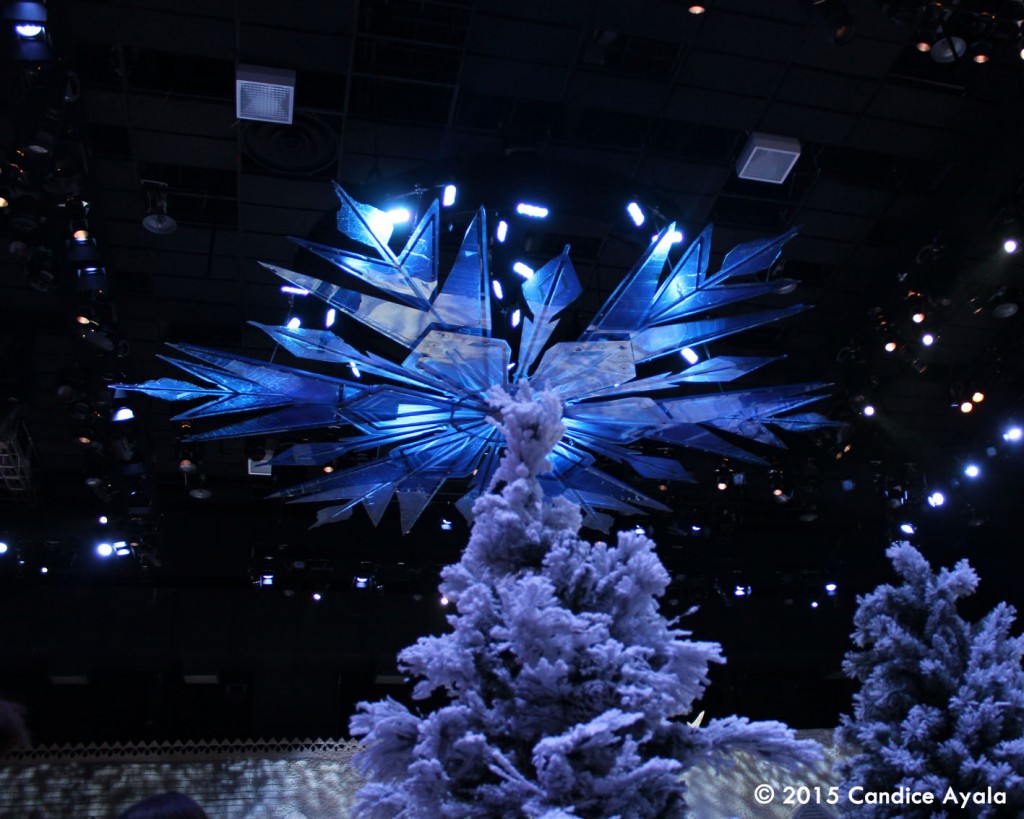 She built a snowman… 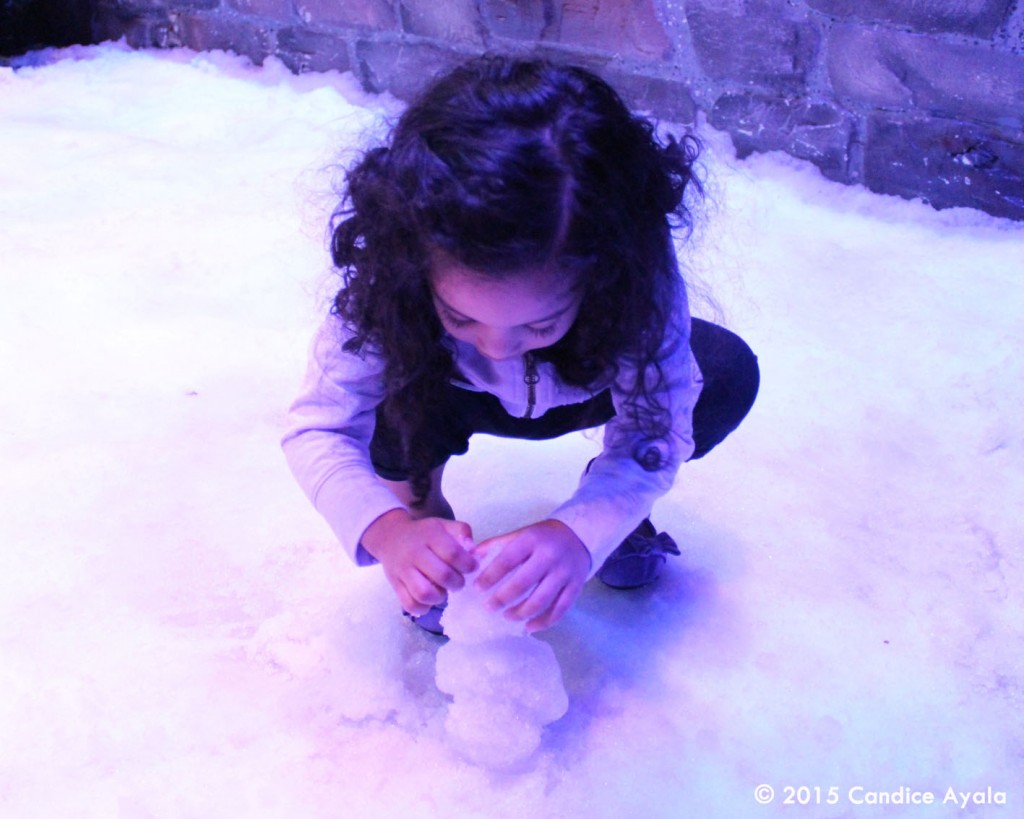 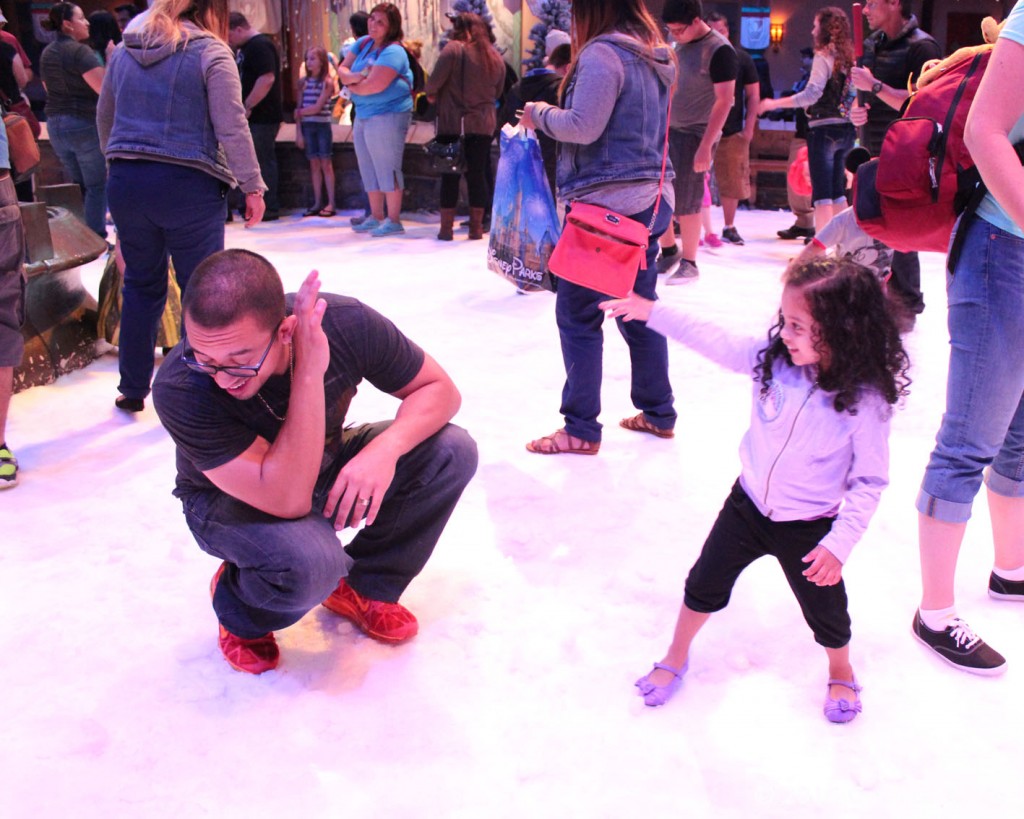 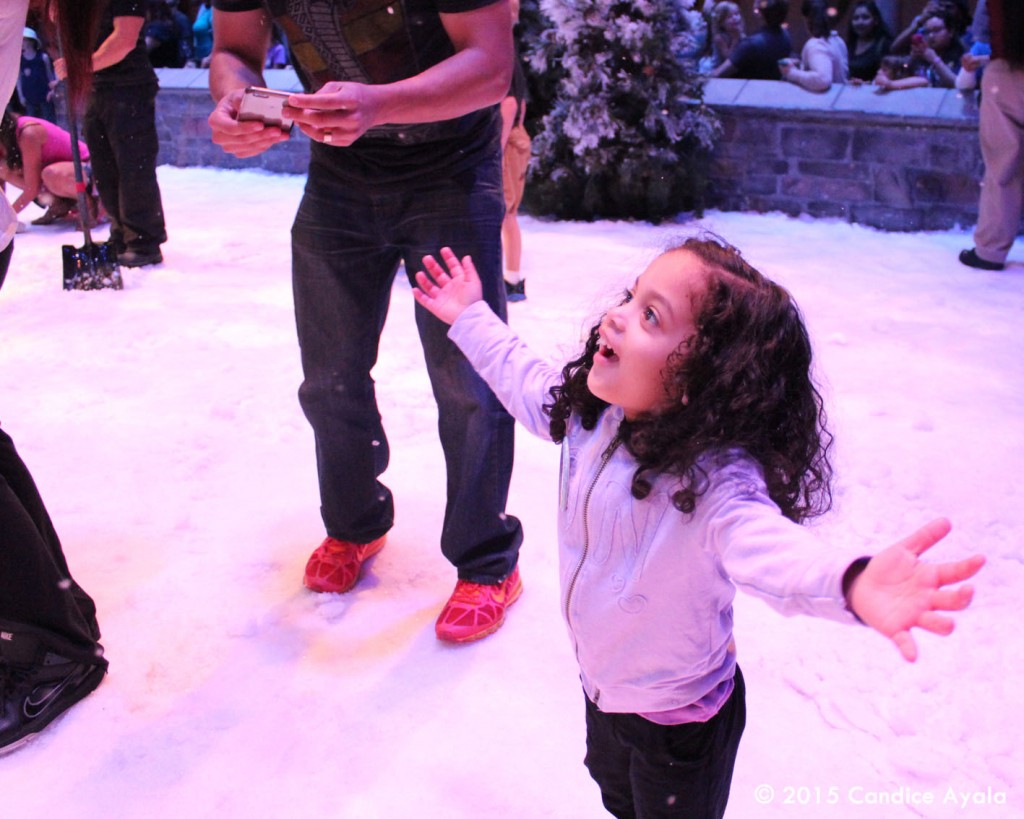 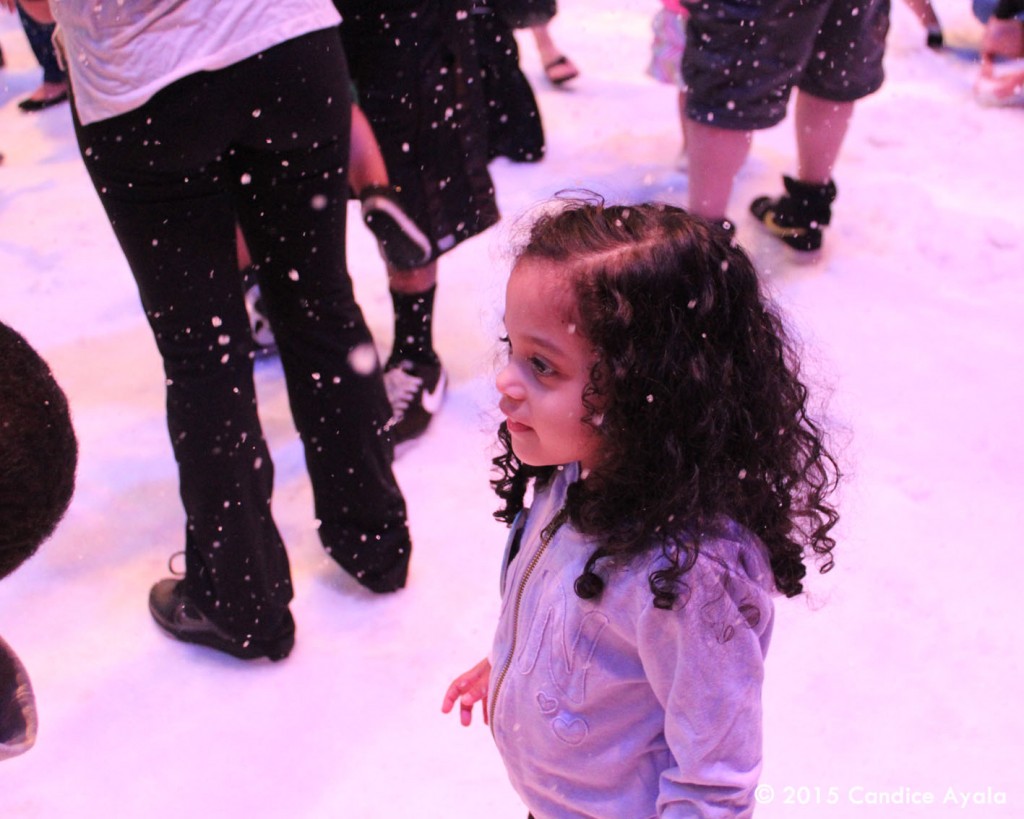 and even met OLAF! 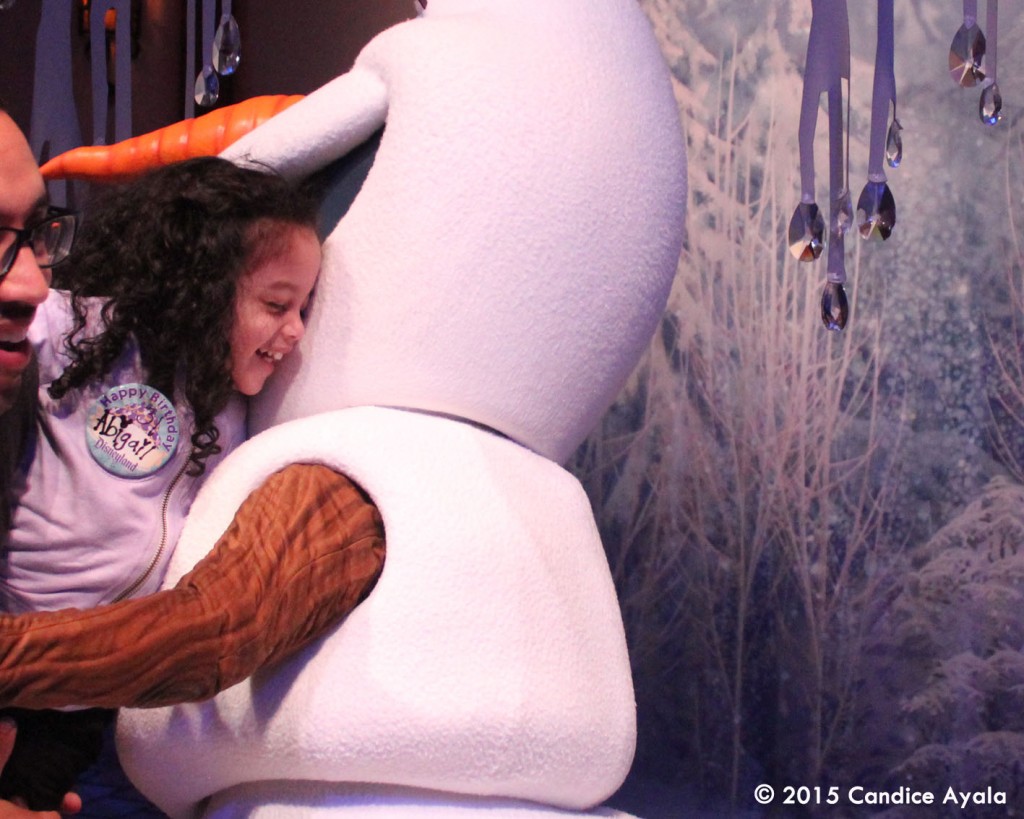 After our snow fun, we went to the FROZEN SING A LONG FUN! Where we got to sing the songs from the Frozen soundtrack with some of the Frozen characters. It was like one giant Karaoke with parents and kids singing along at the top of their voices! US included! It was so much fun! lol 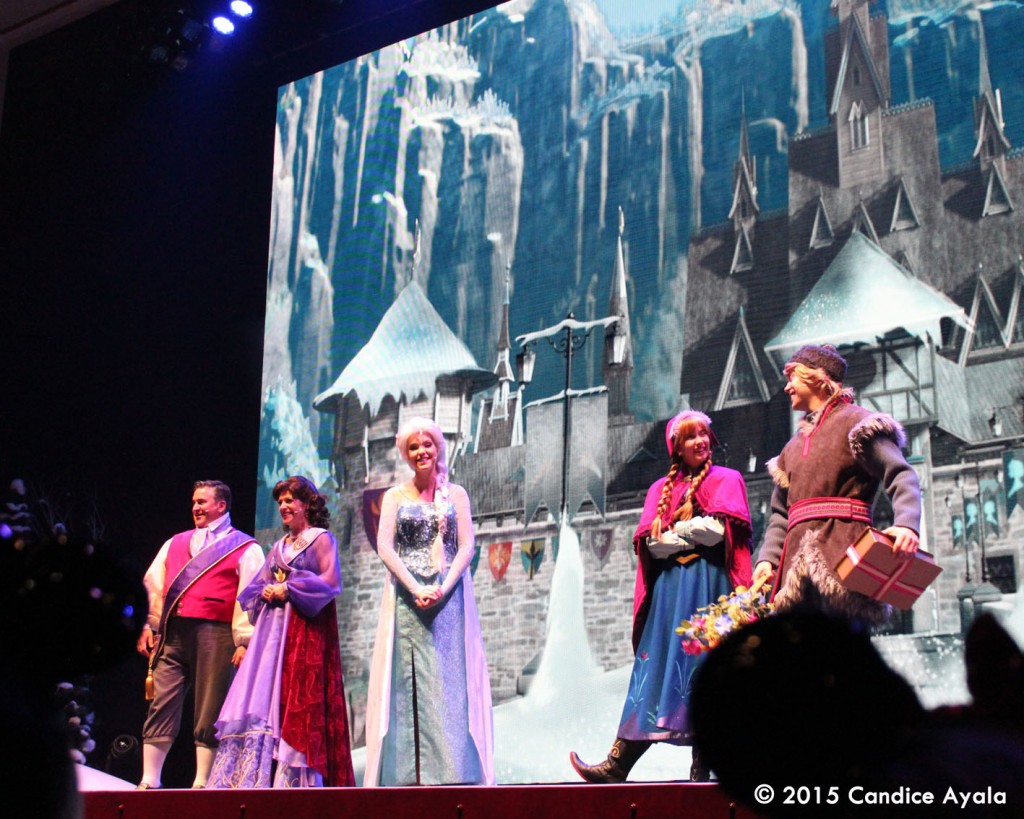 Then she got to meet Anna and Elsa after. She was totally “star struck” lol. 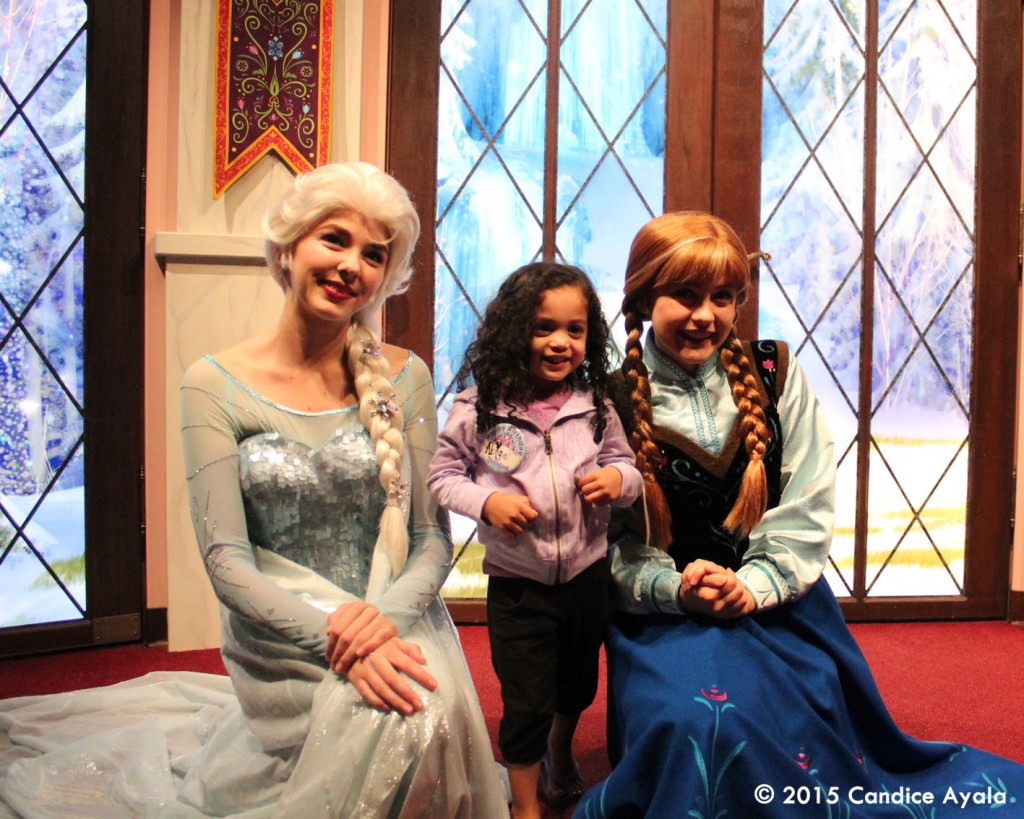 After our Frozen adventure, we went to the Animation Studio Tour where we learned how to draw Olaf using basic shapes. This was the hubby’s favorite part! lol

We ended the day with another round of ice-cream and a hug from Mickey! 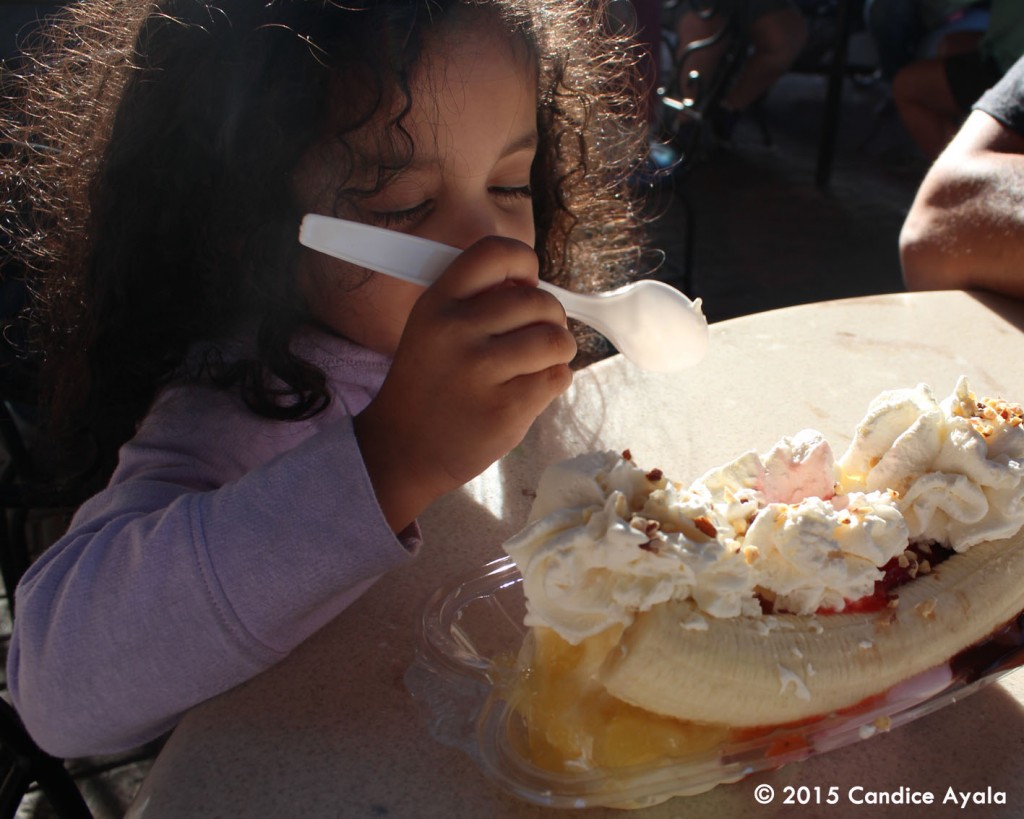 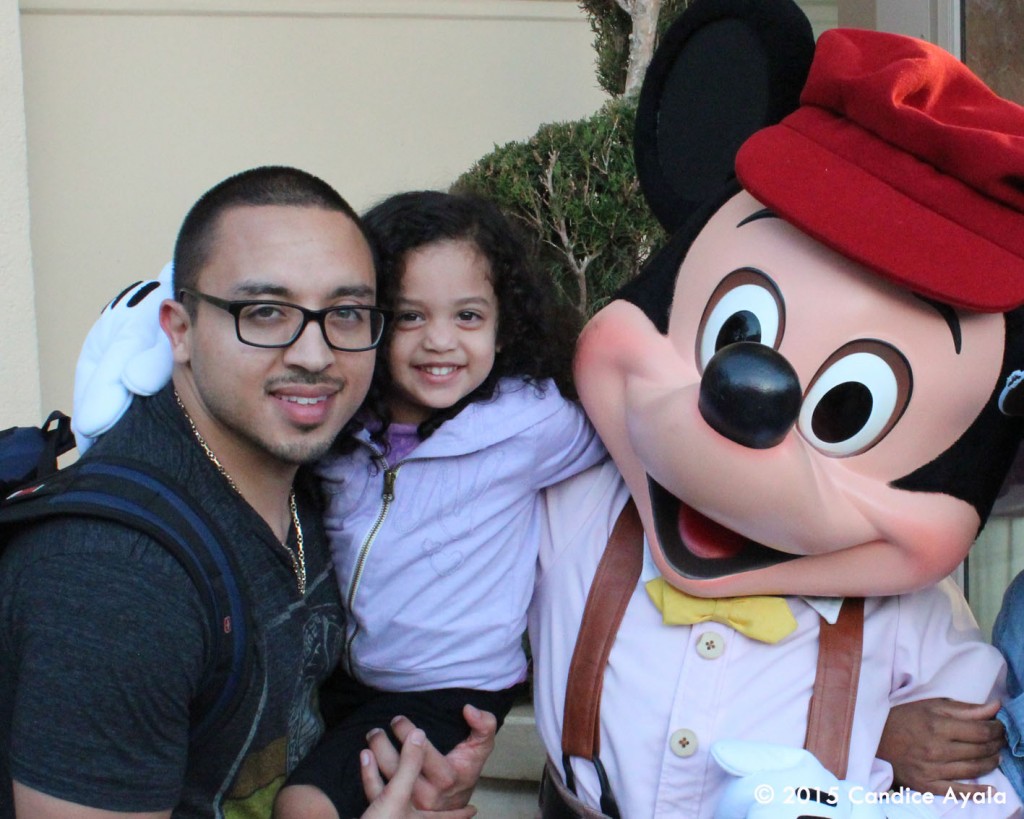 It was a great day out, the weather was beautiful and most importantly the Abigail enjoyed herself. That’s all for today guys! I’m off to spend the rest of the day with the Birthday Girl – we plan on doing absolutely nothing today! haha! XOXO