So Confession time: I did not intend to do a third post for Kids Clothes Week …this just sorta happened! I MADE A MERMAID TAIL!!! Mermaids can be considered “Wild Things” right? 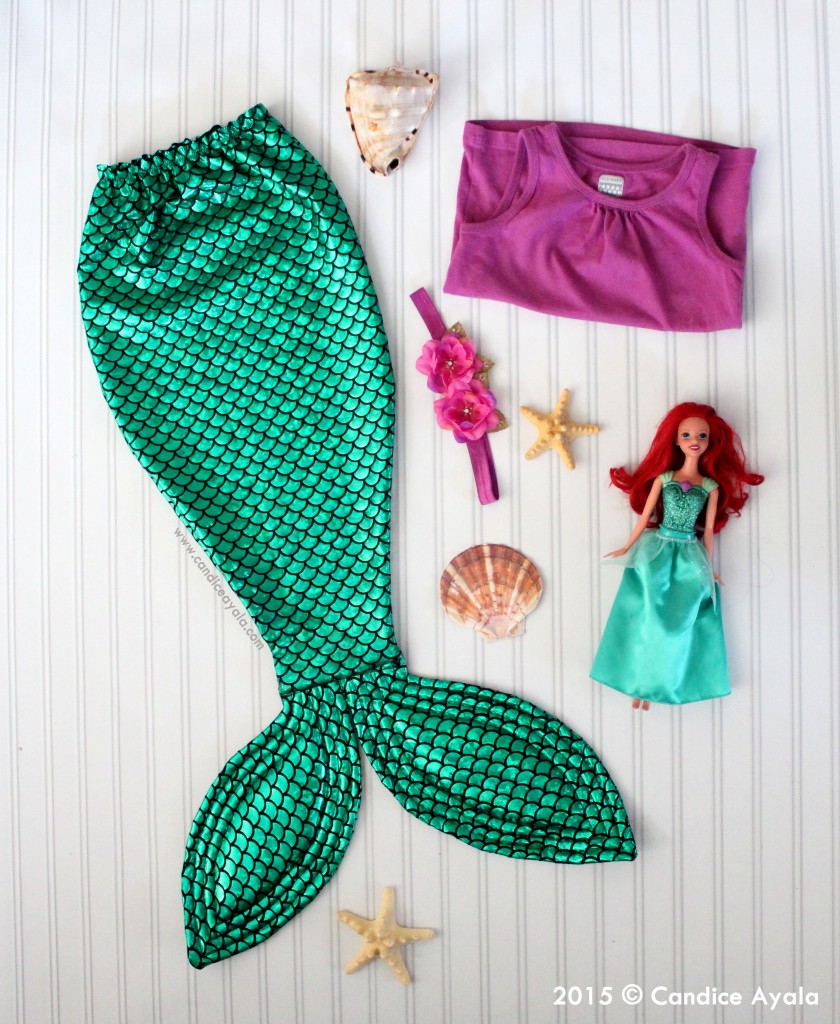 Ever since I made Abigail her mermaid themed SWIMSUIT and BIRTHDAY DRESS, she’s been asking me to make her a mermaid tail. Each time she sees me behind the sewing machine, or going through fabric she’ll ask me, “Are you making my tail now, Mom?“. I was actually in the middle of making her something else, when she kept asking me over and over again, so I decided to just stop what I was doing and quickly sew it up for her -in my head it should have been a quick simple sew.

And it was….sorta…haha…I sketched out the tail and drafted a pattern. 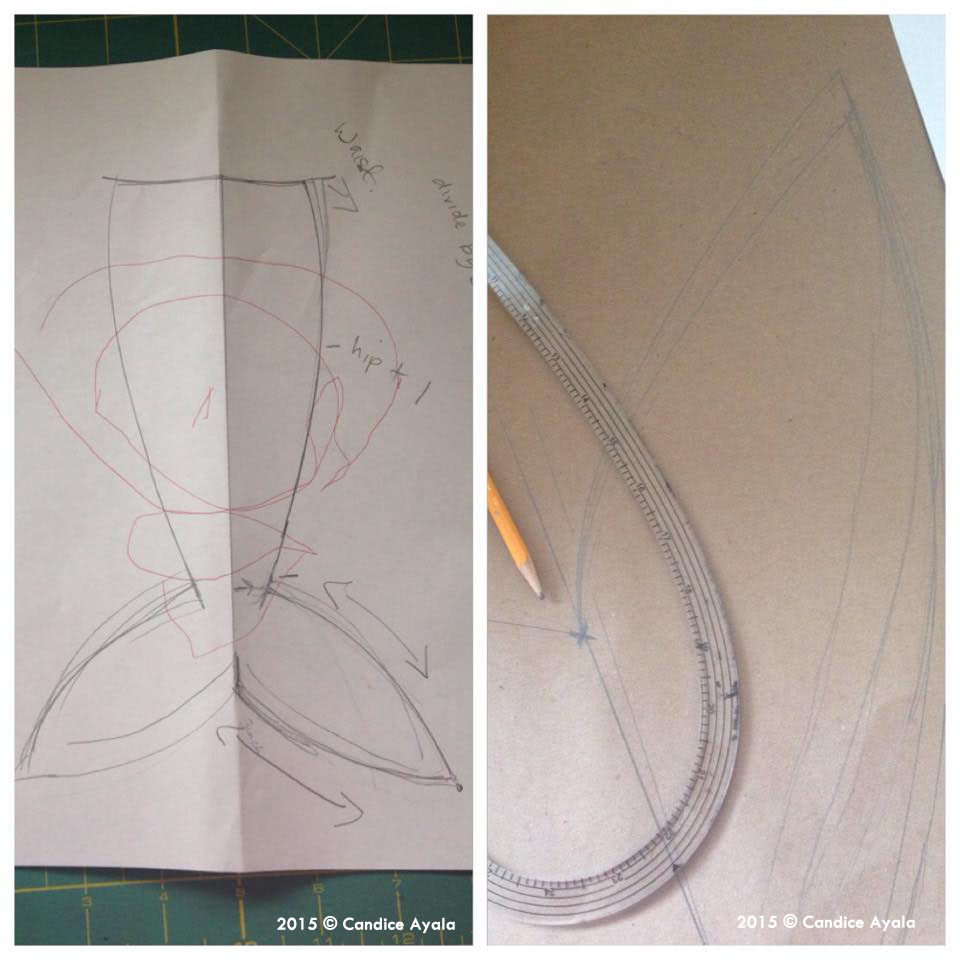 I had just a little bit of fish scale spandex left over from the bathing suit so I tried to make it all work. It was going pretty well…until I saw my finished product! DUM! DUM! DUM!!! The tail fins looked weird and wonky! They kept folding in to the seams and weren’t keeping their shape. 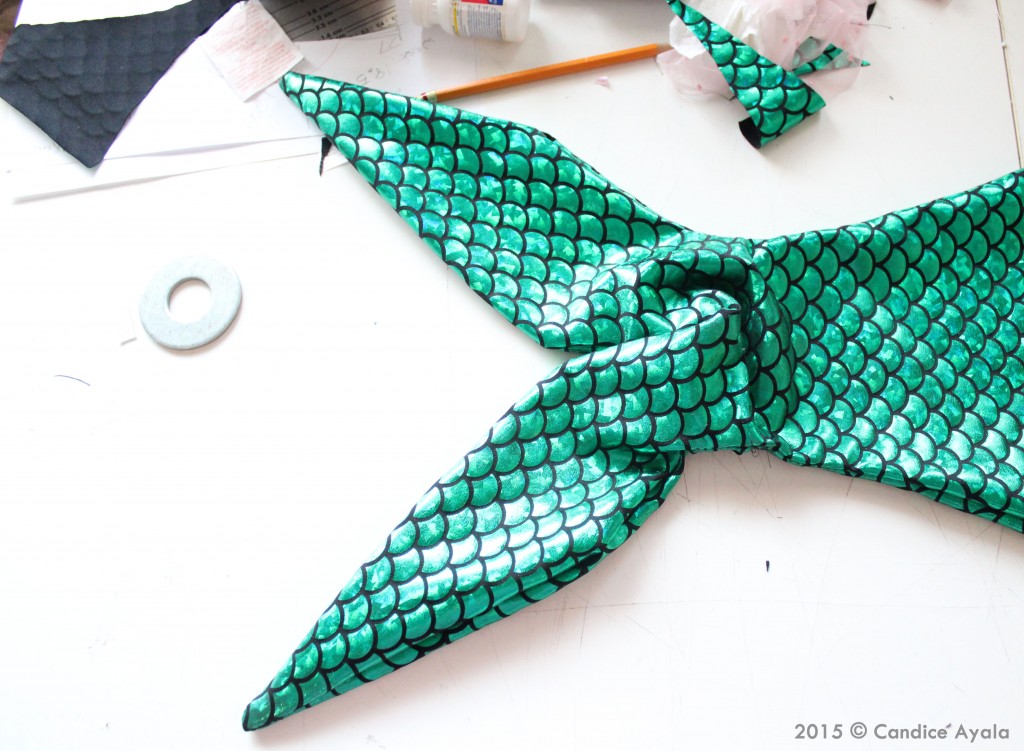 I was going to let it go, because I had so much else I wanted to do,  and I figured she’d be satisfied anyways. AND SHE WAS….But I WASN’T!! (blame my OCD) The fact that the fins weren’t laying out bothered me, I  wanted the tail to at least look like mermaid FINS instead of shark fins. So I cut off the old fins and drafted some new ones. 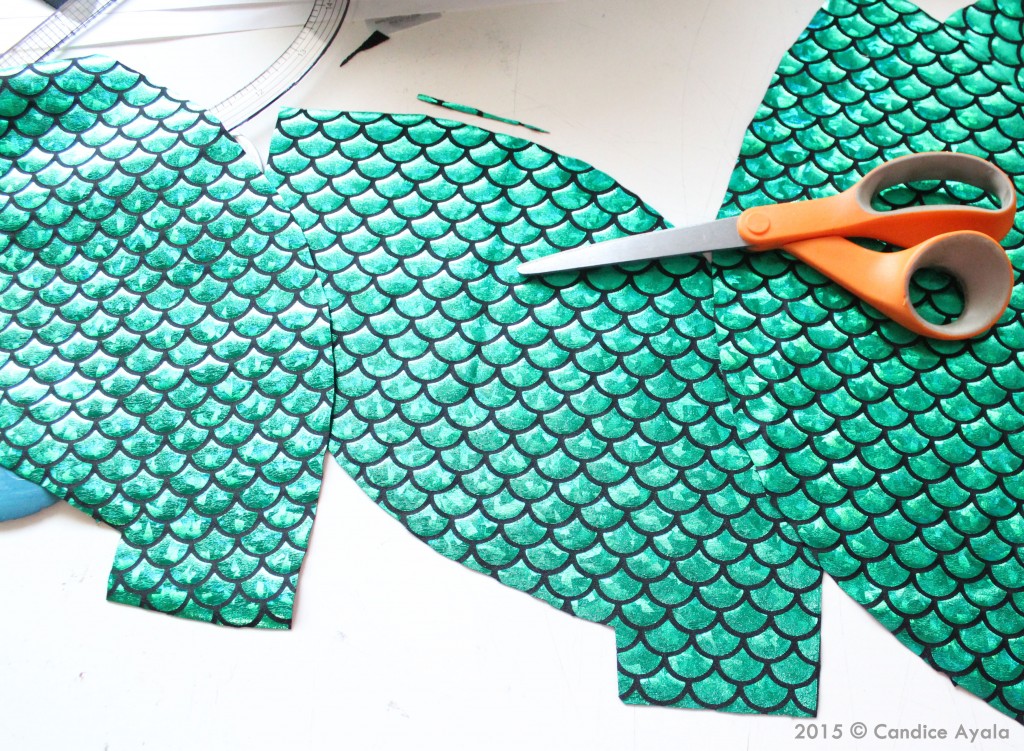 I thought maybe if I add some quilting batting in the middle…it would lay out right….and IT DID!! 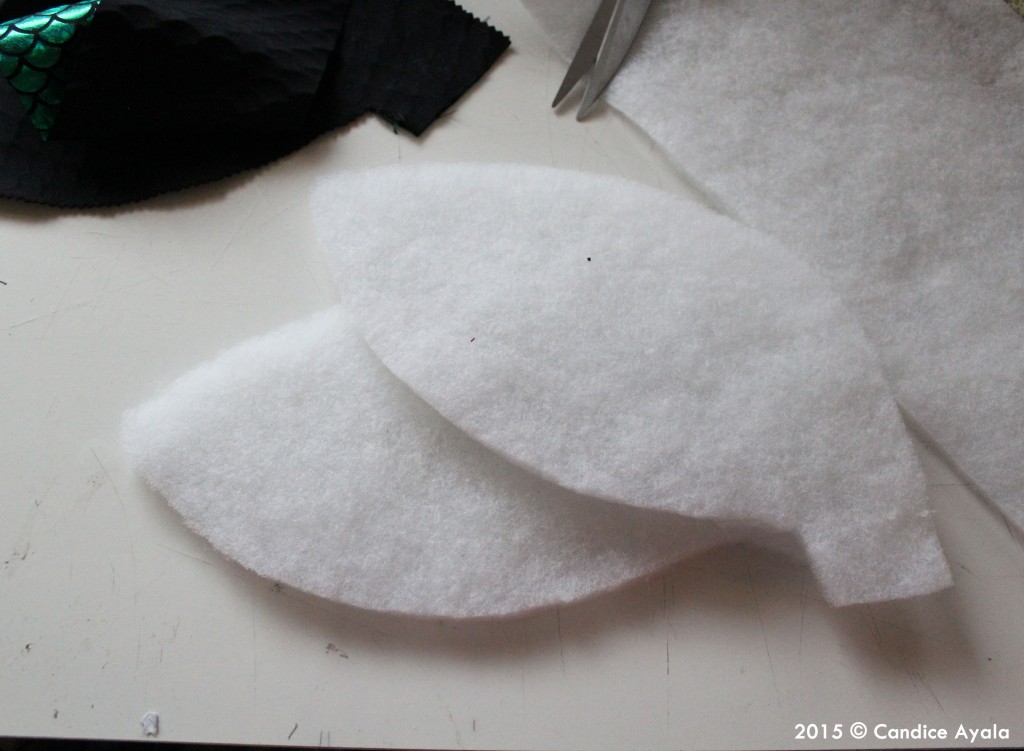 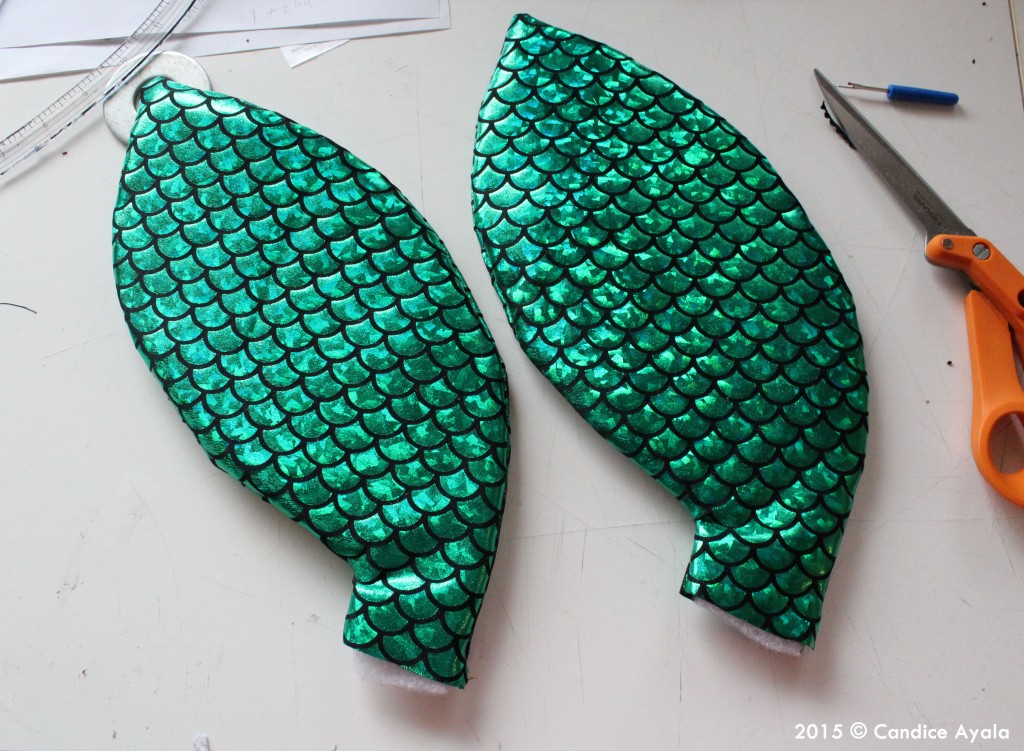 As I was pinning the fins to re-attach to the tail, I said to myself, “Self, I should probably figure out how to secure the batting in there, maybe I should quilt around it, like a little design….wonder how that would look like…hmmm…” – and so I decided to give it a try!  It was my first time ever attempting to quilt anything, and I’m so glad I tried it! Look how lovely they look now! 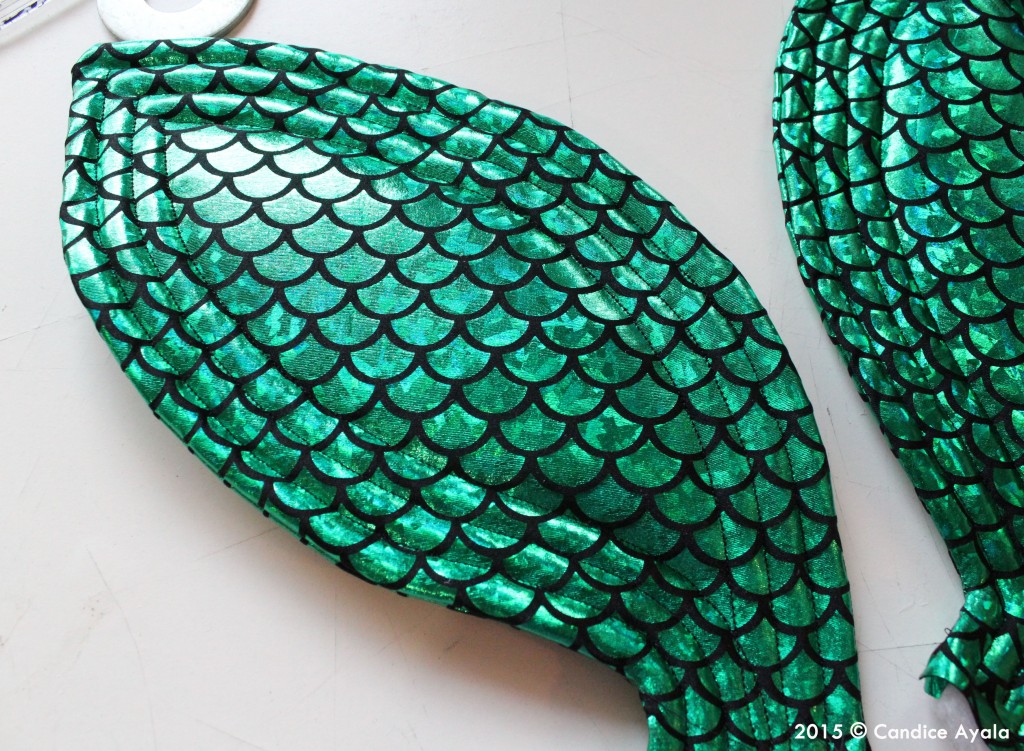 For a project I didn’t plan on doing – it came out really great! I attached the fins to the tail where I cut off the old ones, and presented it to my little mermaid! She loved it! Infact, she wore it all day! =) 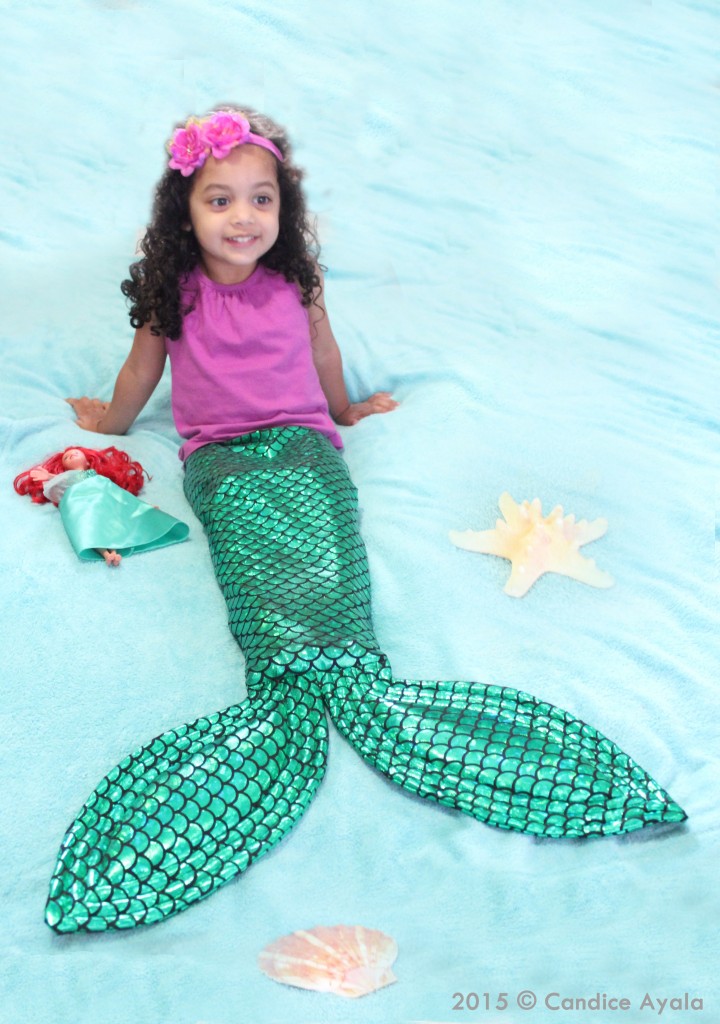 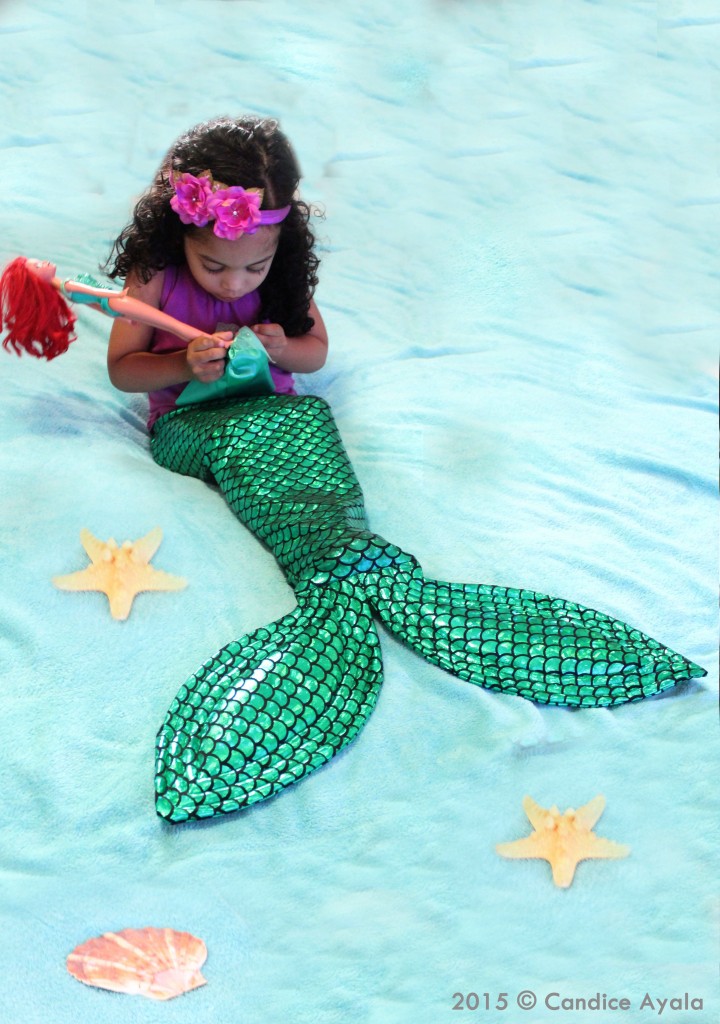 Fun fact: This blanket is the same blanket I used when I photographed her first mermaid outfit! Who remembers? You can view it HERE. 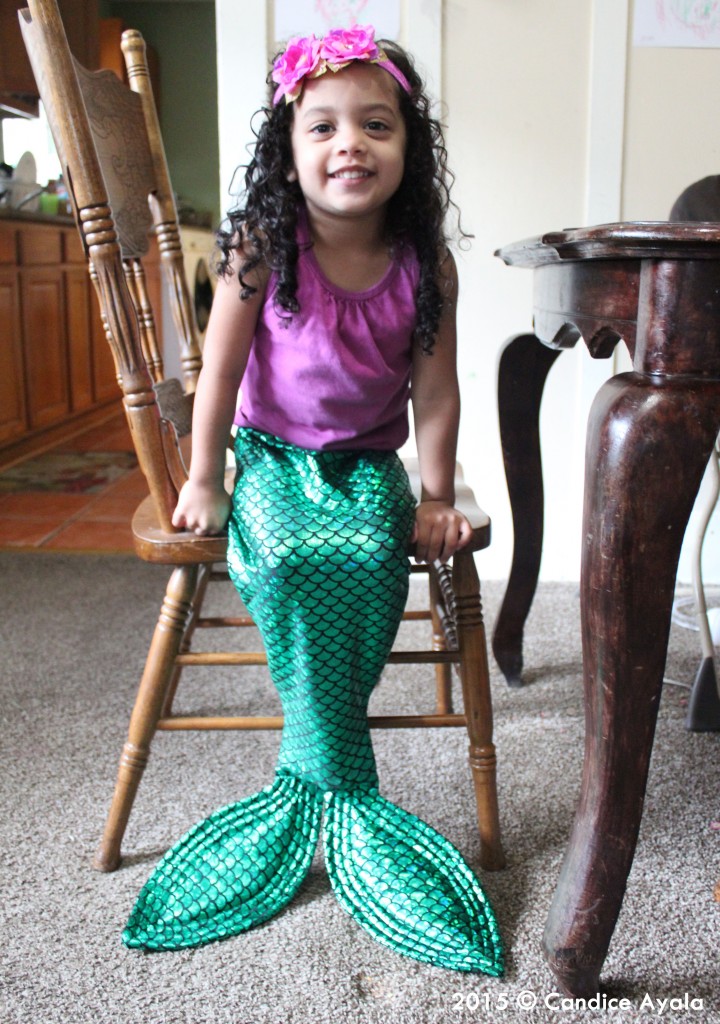 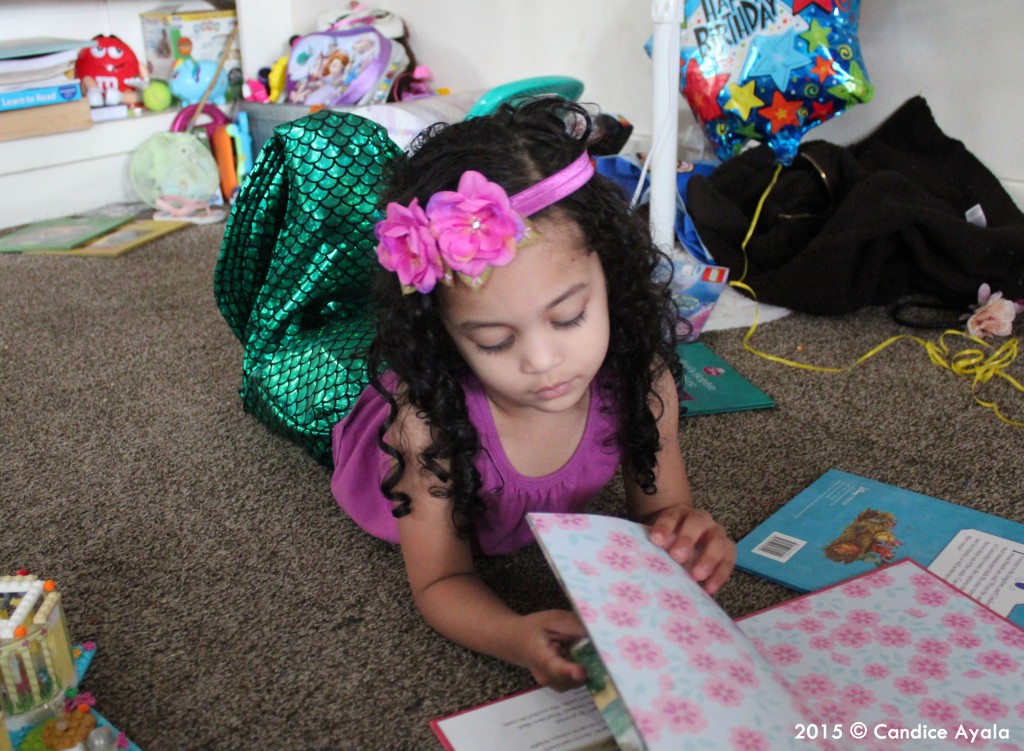 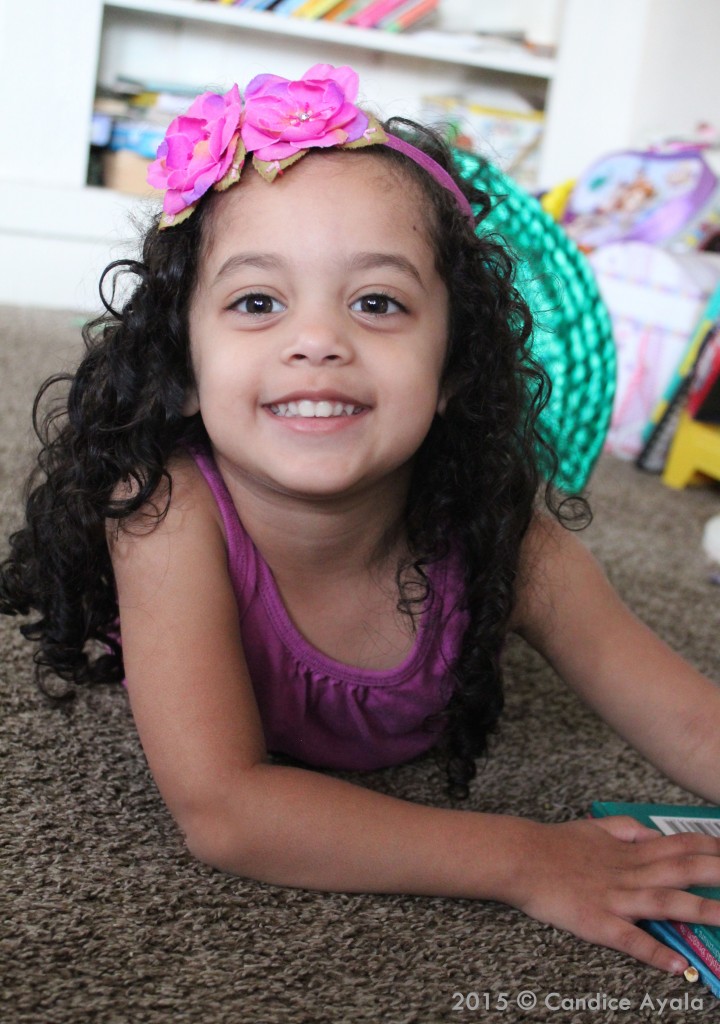 I have already decided that the next tail I make her will have more room for her to grow (had to work with the little fabric I had at the time) and I’ve also sketched out some different tail designs.  I really enjoyed making this mermaid tail, so much so, I’ve decided to do a tutorial to show you just how easy it is to do, so you can make one for the little mermaid in your life too!  STAY TUNED for that!! I’ll have it up in a few days. Thanks for stopping by today, wishing you a wonderful rest of the week!! xoxo